Welcome back to another episode of Artsville, where we celebrate American contemporary arts and crafts from Asheville, North Carolina, and beyond! In today’s double-whammy episode, you’ll hear from two special guests: Stephanie Moore, Director of the Center for Craft, and Jordan Ahlers, Director and Owner of Momentum Gallery, both of which are located on Broadway Street in Downtown Asheville.

Tuning in, you’ll learn about the vision and mission of both these institutions, including how they crossover, collaborate, and share knowledge to promote contemporary art and craft for the future of Asheville while also honoring its rich cultural history. We discuss what makes Asheville Artsville, the fundamental differences (and similarities) between art and craft, and how the art and craft community in Asheville is coalescing to create the Broadway Cultural Gateway, as well as how Jordan and Stephanie are using education to tell the stories of the next generation of artists and makers in Asheville and beyond. We also touch on the power of material-based traditions, how to buy art as a newbie, and so much more, so make sure to tune into this episode of the Artsville Podcast today!

“What I have found [in Asheville] is that there’s this inherent reverence and respect for art and for craft specifically that is a common denominator. What’s unusual about the makers and the artists who live and [work] here is they’re very generous. They give of their time, they teach each other, there [are] communities. We’re one big, open studio. Artists are living and working in different environments all over the region. [The Center for Craft and Momentum] are certainly pillars in the community, supporting artists and their work, but [Asheville] is a town of entrepreneurs and of artists. That, at its core, is what Asheville is about.” — Stephanie Moore [0:16:45]

“Overall, [Asheville] is a very friendly town. It’s very accessible in that way. You can go and connect with somebody if you came here blind. You might have friends here who will help steer the ship, so to speak, in getting you around to their favorite [art and craft] places or their highlights, but otherwise connecting with somebody at Lexington Glassworks or East Fork or the Center for Craft or any number of places and saying, ‘Where else should we go?’ and seeing what happens. Personal referral and word of mouth is one of the most powerful things.” — Jordan Ahlers [0:29:27]

“The most important thing we’re doing is trying to claim that the arts should and will hold a part of downtown and the footprint of Asheville for generations to come.” — Stephanie Moore [0:10:38]

“Asheville being a tourist town and being a creative mecca as well has brought and lured a lot of people to this beautiful area; beautiful outdoor scenery, a relatively small town, and an eclectic community of makers and creatives.” — Jordan Ahlers [0:16:11]

“What we’re particularly focused on right now is targeting areas of underrepresentation in craft research. What are the stories that have not been told? What are the areas of exploration that have been missed in the textbooks?” — Stephanie Moore [0:22:14]

“We use our educational spaces in the gallery not just for the [stories] that we’re trying to tell but that the next generation is trying to tell.” — Stephanie Moore [0:47:13]

“As with a lot of the craft disciplines, it’s [an] apprenticeship model, where information is passed down from one person to another as opposed to studio work. You can’t learn it in a book. You have to learn it from somebody.” — Jordan Ahlers [0:52:28] 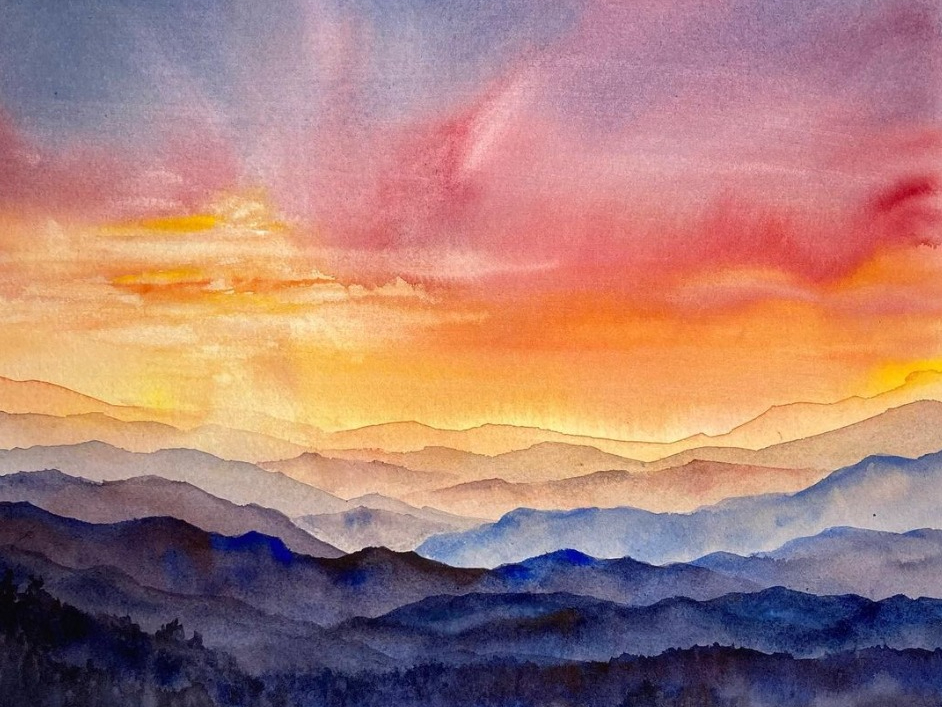 We're introducing a collection of backstories from artists that have shown with us over the past few years, starting with watercolorist Bronwen McCormick. 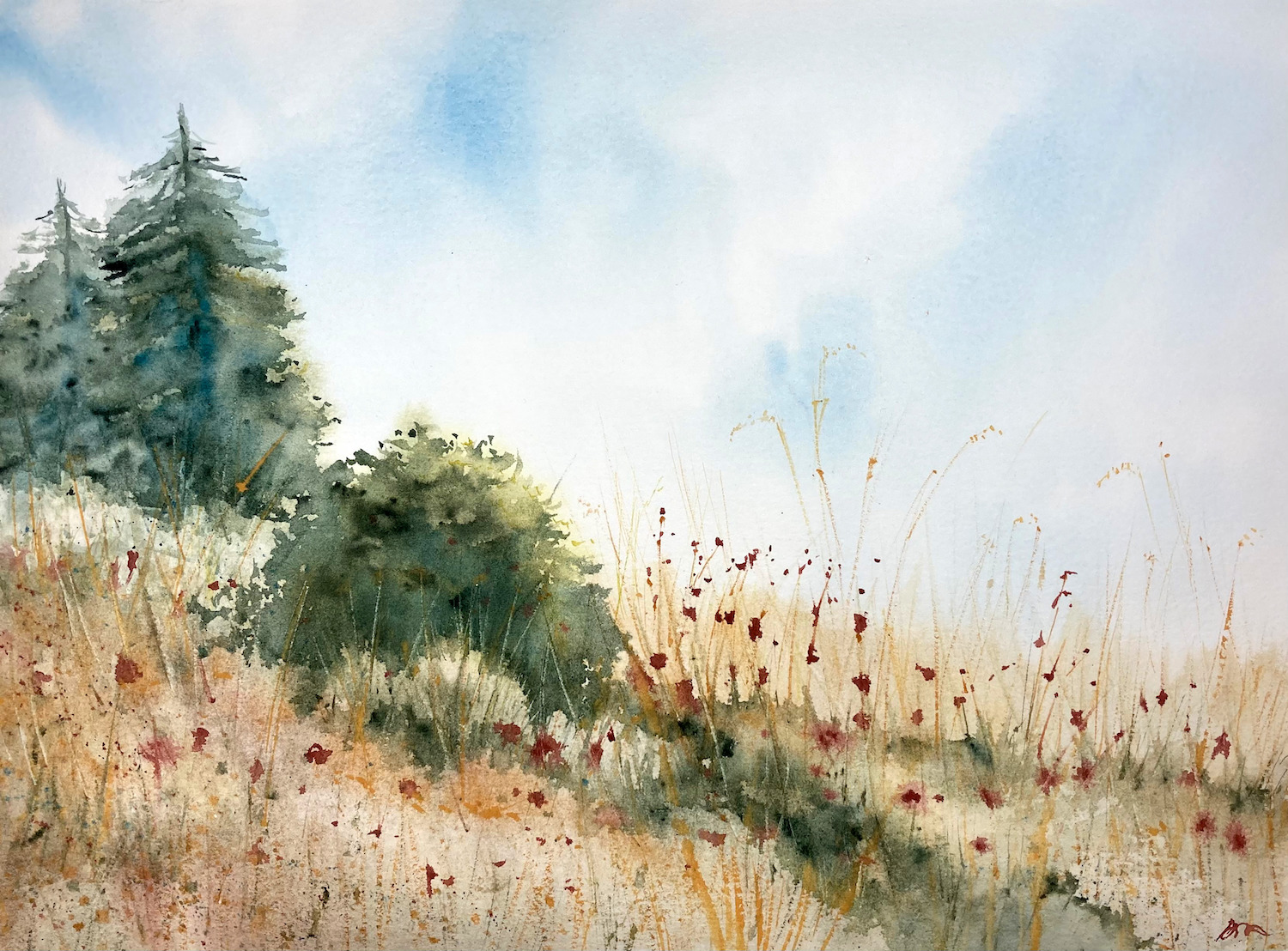 Our January newsletter features an interview with watercolorist Bronwen McCormick and includes a chat with the Artsville team about lessons learned in 2022. 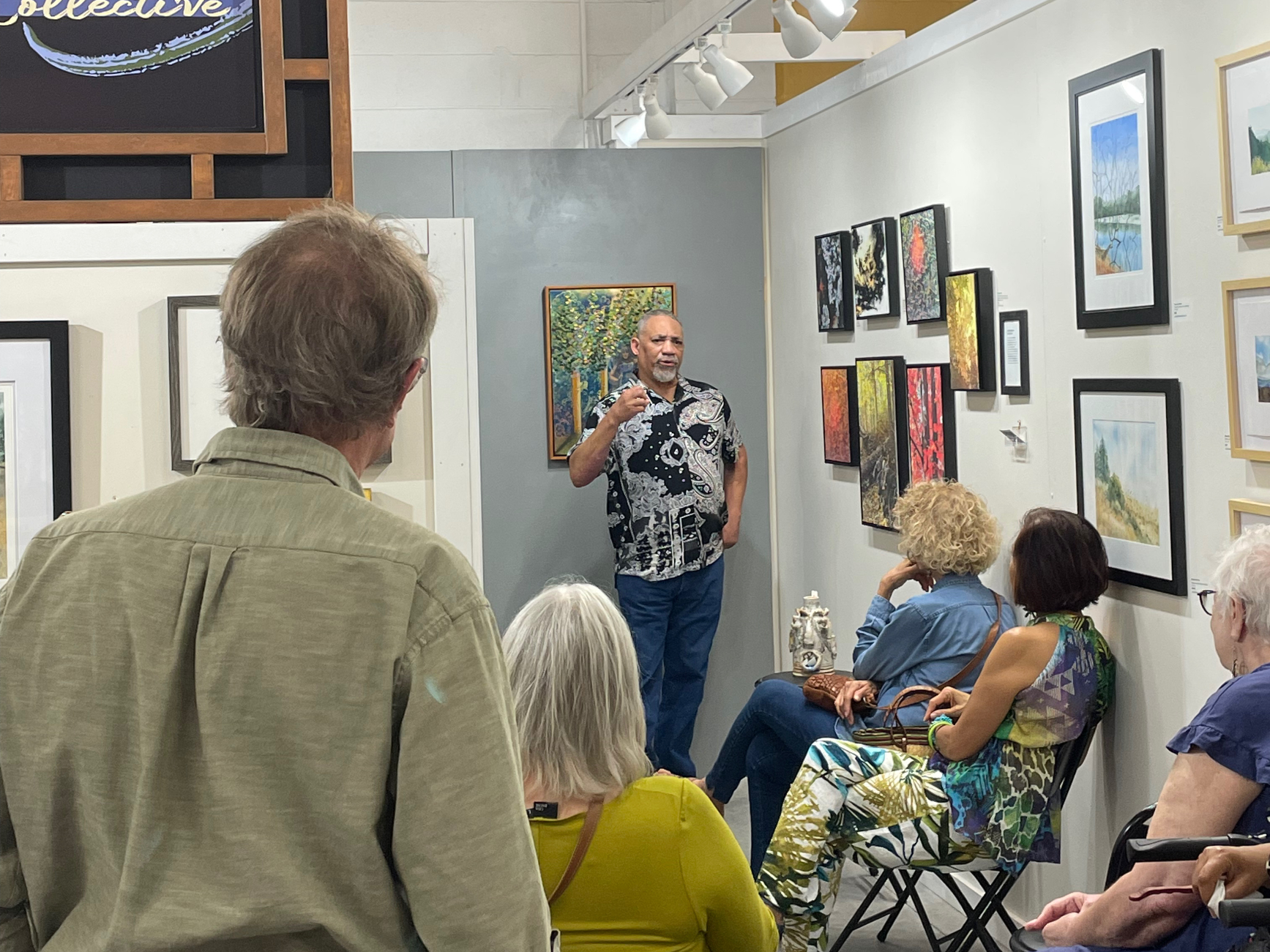 Artsville's staff shares their personal takeaways from a year of art-focused podcasts, exhibitions, blogs, and more.